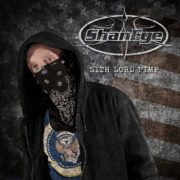 Shane, one of the lyrical masterminds behind the legendary HeadCrash (post hardcore/crossover), Lungbutter (industrial/punk/metal) and Peace Officer (dub-hop) has teamed up with Shadow, longtime friend and producer for beatzMafia, to deliver brand new hiphop tracks for 2020/2021. Shane disappeared for the better part of a decade, only to resurface in the most trying of times, with blisteringly critical lyrics and vocal performances that rival his best work, spanning 30 years as a vocalist and live performer. Heavily influenced by the hip hop wisdom of #PublicEnemy and #BeastieBoys, and fueled by the punk rock political fury of #DeadKennedys and #BadReligion, ShanEye is using this first track as a platform to speak out against the greatest threat to democracy and the greatest con of our era: Trump, AKA the Sith Lord Pimp.