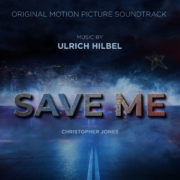 Music producer, songwriter, remixer and musician Ulrich Hilbel a.k.a. George Preston has already made a name for itself through releases with Crushboys, Tyra, Miami Beat Wave, Maiba, Adam Leon, The Formers and D.U. Ivan achieved international attention. His love for writing scores is now reflected in his first score release, the Original Motion Picture Soundtrack * Save Me *, which was produced at 1st take studio. In collaboration with the American film producer Christopher Jones, a great film project was created which is currently being presented at the El Paso Film Festival in Texas. Hilbel loves the musical implementation of the pictures in detail and always manages to unbelievably stage the moods. The film shines through the performance of the American actors Avery Segapeli, Matthew Reilly and Christopher Jones himself.

SYNOPSIS
After 11 years on the force, Detective Arkin decides to take a leave and establish a new form of justice…his way. Until the unfathomable happens; the man responsible for his wife’s death is released from prison. All eyes are on Arkin…what will be his next step?